Anchors Aweigh Charters has received a bumper crop of applications for 2013-2014. But don’t worry, we still have availability if you’re just reading this now. Captain Steve would like to personally welcome CMO’S KIDS http://cmokids.org/ on board this year.

The application for September 2011-May 2012 can be found at this link: AAC APPLICATION PAGE.

A Letter From Senator Bill Nelson

US Veterans Program Here at AAC

For all of you who follow our ‘blog’, you may have already noticed that updates have been slim. We’ve been working away on a fundraising project for our disabled US Veterans who want to use our services. So a fundraising committee of volunteers was appointed by Captain Steve and Wanda Hair. This committee spawned the “LAST …

Things are getting exciting around here at Anchors Aweigh Charters, Inc. We closed out the 2008-2009 season with record numbers. Everyone on the volunteer staff is gearing up to get back in action and we will begin scheduling shortly. If you have already submitted your application for a fall 2009 or winter 2010 trip, we …

March to the beat of a different drum

Here on Amelia Island the charter boat Captains really do march to the beat of a different drum. To be more specific, that would be Black Drum, also known as Pogonias cromis to you fishermen who are fluent in Latin. Anchors Aweigh Charters on board “Ye Ole Pirate” has already scored a few of these big, beautiful fish with more …

March to the beat of a different drum Read More » 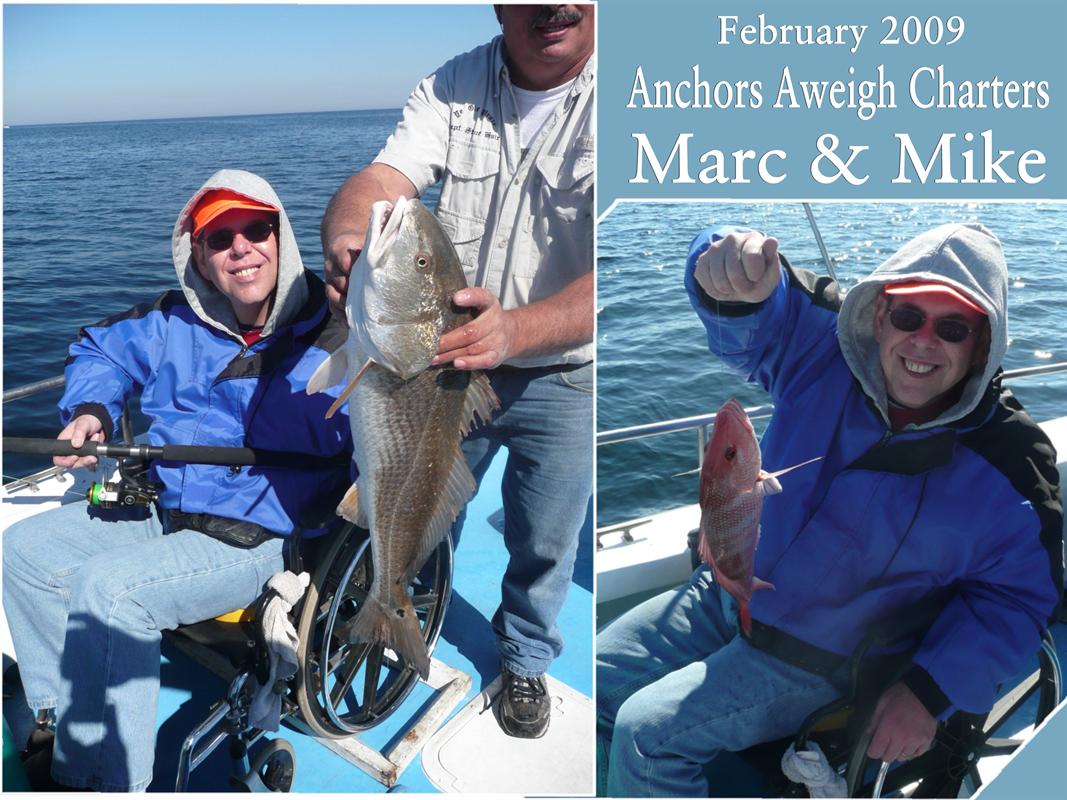 February is getting busy here at Anchors Aweigh Charters. The first week of February bought us Mike & Marc, two long time fishing buddies. They gave us permission to put Marc’s letters to us on this blog. I’ll let Marc do the talking: Marc’s application letter- To The good folks at Anchor’s Aweigh: I would …

Even the cold temperatures didn’t chill the warm smiles from the people from Nassau County, “ARC”. We had some shark bites and they always make for an interesting time once they’re pulled on board. The crew from ARC were treated to an up close and personal look at a lizard fish and everyone on board …

Welcome aboard! We are expecting 2009 to be a very exciting year for Anchors Aweigh Charters, Inc. We will be starting our fishing season by welcoming the members of ARC and have been meeting with the Nassau Council on Aging to coordinate a number of fishing trips for their members. But first, allow me to …